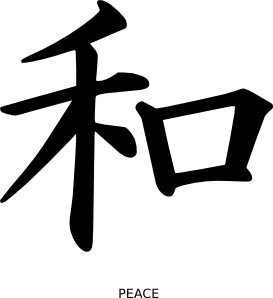 Yesterday, Cove Guardian Andy filmed what we thought to be an empty pool with water so still that it was collecting algae. When the footage was reviewed back at the hotel, we were all shocked to learn that there actually was a dolphin in that tank. More footage was taken and it is now clear that this dolphin is floating all alone in a dirty tank. There is no pump in the pool making the water near stagnant, with green algae ringing the waterline.  --Sea Shepherd Report from Taiji, December 30, 2010

These are the words that literally galvanized a movement just one year ago.  The Sea Shepherd Conservation Society (SSCS) Cove Guardian team on the ground captured footage of a sick dolphin that the world would soon come to know as “Misty”.  Sick and isolated in a small above ground pool, Misty clung to a yellow buoy and floated listlessly.
Within hours the facebook community “Save Misty the Dolphin” was born and thousands of concerned citizens across the world began a non-stop campaign of calling, faxing and e-mailing Taiji’s Dolphin Base seeking better conditions and medical treatment for the sick dolphin.
...and within days...Misty was moved to a cleaner, larger tank where he was able to recover from a lung infection.
In the following weeks, our community evolved.  We continued to work in collaboration with volunteers on the ground to bring you breaking news from Taiji and to encourage you to take action.  Like you, we watched in horror as the disaster of March 11, 2011 hit Japan.  We held our breath waiting for word about survivors.  Our prayers were answered when we learned that the volunteers from SSCS and Save Japan Dolphins (SJD) survived the earthquake and tsunami.  At the same time, we were devastated for a nation that lost thousands of innocents - all in a matter of minutes.
Throughout the Spring and Summer of 2011 we continued to build our social media campaign; adding a blog, a Twitter account and a monthly Positive Experience Radio Show.  In anticipation of the start of the 2011-2012 dolphin drive hunt in Taiji, we rolled out the Countdown to the Cove website and worked collaboratively with Save Japan Dolphins and a team of dedicated volunteers worldwide to coordinate Peaceful Protests in 31 cities & 12 nations on September 1, 2011.
Over time, we have evolved a “positive” approach.  We feel strongly that solving the crisis of The Cove will ultimately involve a partnership with the people of Japan, many of whom have no idea about the atrocities of Taiji.  Like Ric O’Barry, we do not support a Japanese Boycott.  We will continue to extend a warm arm of friendship to those who share this point of view.


At the start of the New Year, our thoughts remain with incarcerated SSCS Cove Guardian Erwin Vermeulen and his family.  We will persist in calling upon the leaders of the nation of Japan to right this injustice until he is released.
We wish to express our heartfelt gratitude to Sea Shepherd Conservation Society and Save Japan Dolphins, and every single one of their volunteers on the ground for their commitment to the Taiji dolphins and for allowing us to help spread their messages.  We encourage you to support these organizations with tax-deductible contributions AND by joining their volunteers on the ground in Taiji.  More importantly, we remain steadfastly grateful to each and every single one of YOU for everything you do as a part of the Save Misty the Dolphin Community.  It is now, and will continue to be, our belief that we are only as good as the people we work with.  We think YOU are the best group of advocates in the world!
Best wishes for a fantastic New Year.  May 2012 bring PEACE to The Cove & vulnerable marine mammals worldwide.
--Adam, Alyson, Chasity, Erin & Sandy
Posted by Save Misty The Dolphin at 4:02 PM 4 comments: