In 1988, The Indianapolis Zoological Society (The Indy Zoo) acquired eight dolphins that had been captured from the Gulf of Mexico near Florida. According to the MMIR and the Bottlenose Dolphin Studbook report the following information about these dolphins:

On Dec 30, 1988 Rah, one of the zoo's female dolphins died -- just 6 months after her capture. According to the Indy MMIR, her jaw became caught in netting and she drowned. In the Indianapolis Monthly article by Evan West,  "Whats a nice dolphin like you doing in a place like this," Tom Granberry, the area manager of marine mammals at the zoo, confirmed that Rah died in the Florida Keys.  Rah was being held in a leased holding facility, in the care of Indy Zoo handlers when she became entangled in a net used to move the dolphins around.  This was just the beginning of what would be a very long string of deaths for the zoo.

According to Mike Knight's April 2002 Indianapolis Monthy article "Bringing up Mommy," breeding was always part of the the zoo's plan. This was because the difficulty of getting permits to capture dolphins from the wild. Dave Merritts was hired by the Zoo, before it opened, as the curator of the marine mammals. In the article he states, "We opened a new zoo, had a beautiful facility, collected some great animals, and actually had our first dolphin pregnant, I think, in about the third year." Merritts went on to say, "The object was to collect a population that could be reproductively successful." Paul Grayton, the Vice President of programs for the zoo, stated, "Our desire is to always have a self-sustaining population, irrespective of the animals." and went on to say "So in the very beginning our desire was to have dolphin breeding."

Although the staff of the Indy Zoo wanted a successful breeding program, it has been anything but successful.  A simple Google search of "Baby Dolphin Indy Zoo" yields numerous results. Most tell the story of a new baby dolphin at the zoo, only to be followed by another describing how the dolphin did not survive.  Most will mention how the zoo has suffered "many" dolphin miscarriages, stillbirths, or calves only living a short time. However, nowhere in these news reports will you find an exact number of baby dolphin deaths. Why? Because, the Indy Zoo does not want the public to know just how ineffective their breeding program really is. The truth is most marine parks will not announce a dolphin is pregnant until the calf is born and the facility feels it is going to survive.

In the 23 years since the dolphins were captured, the Zoo has had 3 successful births. These dolphins are:


Although listed in the MMIR as death cause undetermined,  the article "Bringing Up Mommy," tells a different story about what happened to Nova's calf.  Jodie Baker, a staff member at the zoo, says "When it was being born it appeared that it got struck, and when the contractions were coming on it developed a hemorrhage at the base of the spine." (Note: Could struck be a typo and it should be stuck?) Although staff members thought the baby looked good and claimed Nova appeared to have great motherly instincts, the baby only lived 15 minutes.

After 12 years and 11 dead babies, the staff at the Zoo blamed all the deaths on the dolphins. They claim (per "Bringing up Mommy") that the female dolphins just didn't know how to be good mothers. After consulting with numerous experts, they came to the conclusion that dolphins just do not naturally have motherly instincts.  It was 2000, and 3 of the 4 females at the zoo were close to giving birth again. (Note: Shiloh the Zoo's 5th female died in 1997) Phoenix and Ripley both gave birth to live babies, but they both died the same day they were born. Then on November 16, 2000, Nova gave birth to her 4th calf, and it survived. After years of trying to breed these dolphins, Kalei was the result the zoo was looking for. The staff claims that the other adult females immediately started copying what Nova and her calf did. The females paired up and pretended to be mother and calf, swimming in formation and practicing nursing. In August 2001, it was China's turn, and she gave birth to Indy, who also survived. A month later, Sept 11, 2001,  Phoenix gave birth, but the calf did not live. On Feb. 2, 2002, Ripley gave birth to Jett, the zoo's 3rd calf to survive.  One might at this point conclude that these females finally gained their motherly instincts. Maybe it took the dolphins 3 or 4 tries to "get it right". However, since Jett was born in 2002 there have been 8 calves born at the zoo, and NONE have survived. 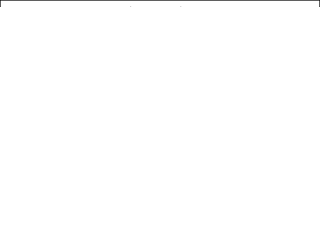 In the face of this information, we ask the simple question:  WHEN IS ENOUGH - ENOUGH?  It is clear that the Indy Zoo dolphin breeding program is NOT working. These dolphins have been pregnant time and time again, with heartbreaking results:  25 births with only 3 surviving - or a 12% success rate. How can anyone be OK with this?  At what point will someone step in and stop this epic failure? Facilities claim that dolphins are in captivity for educational purposes. They claim that by having them they are able to study dolphins, as well as teach the public how dolphins live in the wild, thus helping the public to better understand and care about them. How can this facility teach the public about dolphins, if they themselves do not understand them? How much longer will they put these dolphins through this heartache before they realize, IT IS JUST NOT WORKING???


The Indy Zoo has reached out to many other dolphin facilities and experts for help. The most interesting response they received came from a group of High School students. In the article "Students on the Case of Dying Dolphins," students from a local high school broke down the genetic diversity of the Indy dolphins and came to the conclusion that the death of many of the dolphin calves was due to inbreeding. We applaud the students and their teachers for this amazing work. However, after over 50 years of holding dolphins in captivity, does it really take a group of high school students to figure this out? How can the captive industry claim to have a successful breeding program, when this sort of thing is happening?
We at Save Misty The Dolphin want to expose what is truly going on in the captive industry. The public MUST know the truth. These facilities have been able to hide the truths due to loose regulations and poor recorded keeping. Information is often not reported on MMIR's.  In some cases, such as this, animals are left off all together. This should not be allowed! It is up to the public to demand the truth. It is our goal to uncover and expose these truths. It is our goal to expose these facilities, and educate the public. If it takes us going through records of every facility out there, that is what we will do. These dolphins were taken away from their families. Their freedom was stolen and they were sent to "educate" the public about their wild families. We owe it to them, to Misty, and to ALL animals in captivity, that the truth is always told!
NOTE: In 2007 Phoenix died. Sundance died in 2010. Currently the Indy Zoo has 8 dolphins. Orginal dolphins: Kimo (M), Ripley (F), Nova (F), and China (F); Calves born at Indy: Kalei (F), Indy (F), and Jett (M); along with Taz (M) a dolphin that had stranded in Florida and was sent to Indy to join their breeding program.
TELL THE INDY ZOO TO STOP BREEDING THESE DOLPHINS!
Sign the End the Dolphin Breeding Program at the Indy Zoo Here﻿
Send the Indy an E-mail Here
Call the Zoo 317-630-2001
Write to the Zoo:
1200 West Washington Street
Indianapolis, In 46222
-----------------------------------------------------------------

Sources:
2009 and 2010 Bottlenose Dolphin StudBook
Bringing Up Mommy article from the Indianapolis Monthly April 2002 (MUST READ!)
What's a nice dolphin like you doing in a place like this? article from the Indianapolis Monthly May 2005
Indy Zoo 2009 MMIR
Student's on the Case of Dying Dolphins
Pheonix Dies 6/24/2007
Links of Interest:
Being a Non-Profit Org. the INDIANAPOLIS ZOOLOGICAL SOCIETY INC is required to fill out Tax Form 990. Here are the ones available. These forms list all financial info for the Org.